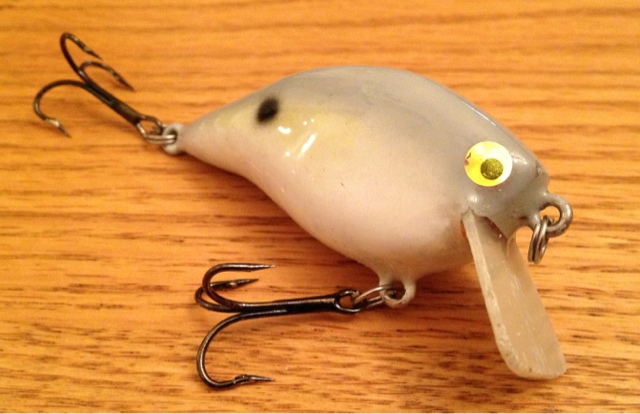 Hey guys! Long time no see. I've been busy with work and life, but I'm still making lures occasionally. I've had a bunch of requests from people to try\buy my lures so I thought I'd give Etsy a try as an avenue to sell some of my lures! Here is a link to my shop http://www.etsy.com/ca/shop/GECLures
Let me know what you think or what I can improve on. I'll continually add items as I finish them up.
For now it's just a start.
Posted by GEC Lures at 6:44 PM No comments:

Finished up some lures

I worked hard last week to get the new lures ready for the fishing derby. I ended up completing all the pike baits and a few of the jerk baits. Here are some pics. 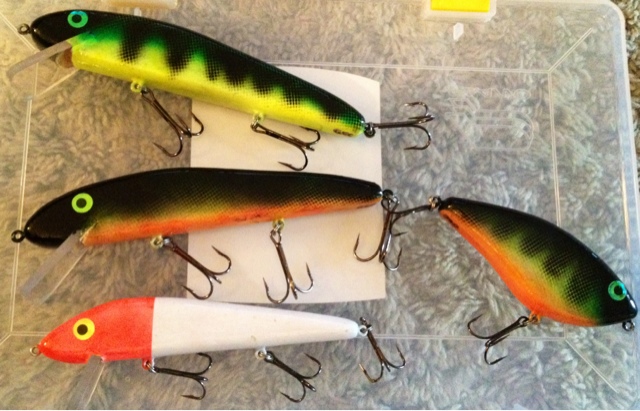 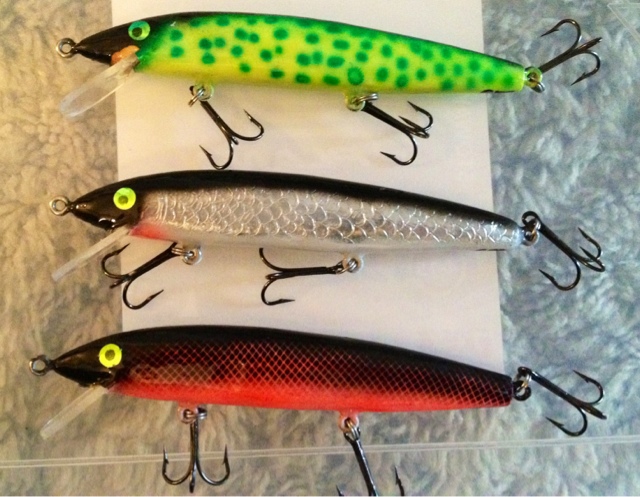 I had taped the lure lips while painting to mask them off but I forgot to change the tape before finishing, so the paint got stuck on all of the lures. That added some difficultly when unmasking and the paint ended up coming off one of the lures, as seen above. Oh well, next time I'll remember to take it off first.

I tried them all out on Friday and the action in the lures were awesome. Only one of the lures didn't work. The top water on the far right with the perch pattern doesn't seem to have enough weight in the belly so it just flops over on its side when in the water. I'll have to add some more weight and give it a shot.

Fished with them off and on in the derby, but came up empty handed with the new lures. Although, I did end up finishing tied for 9th, so that's alright considering it was really windy and raining all day long. A tough day of fishing.
Posted by GEC Lures at 8:31 PM 2 comments:

I have an upcoming fishing derby through work, so I thought I would make a few bigger 'grandma' lures to troll for some pike. I also made one slider to hopefully catch some pike on a top water. These ones have to be done by next weekend so I'll keep you guys updated 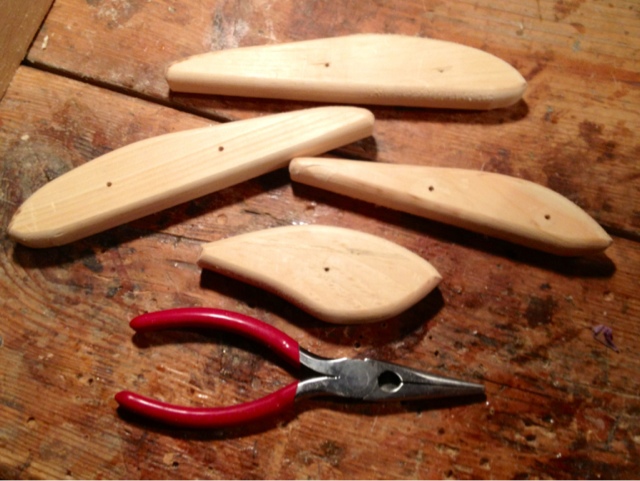 It's been a while

Hey guys, haven't posted in a while because I've been busy with fishing, golfing and work and haven't had a whole lot of time to work on lures. Here are a few pictures of my progress on the bigger batch of lures I had started at the beginning of May. 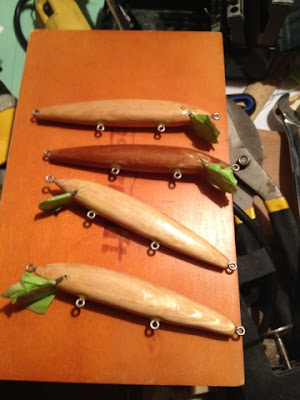 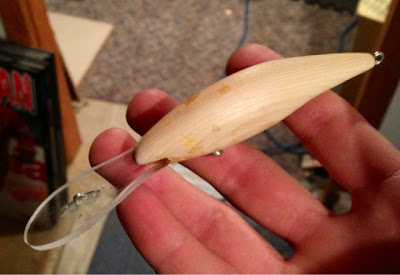 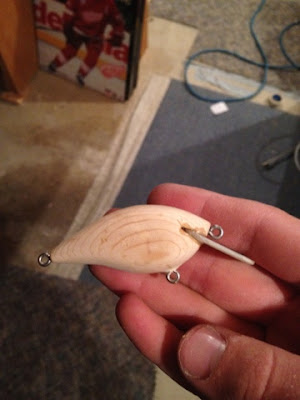 The jerk baits are all sealed and ready to paint and the walleye trolling lure and a couple square bills are all glued and sanded, just waiting to be sealed. Once everything is sealed then I will start to paint.

I have added to the tutorial section of the blog. Now you should be able to mock up an entire lure if you follow along.

More tutorials to come including gluing, sealing, painting and finishing!
Posted by GEC Lures at 1:12 AM No comments: 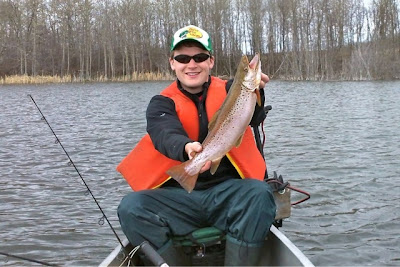 Got out for some more trout this past weekend. Ended up catching a few nice brown and rainbow trout over the two days. Here are a few pics of the trout. 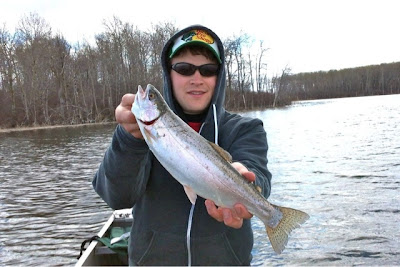 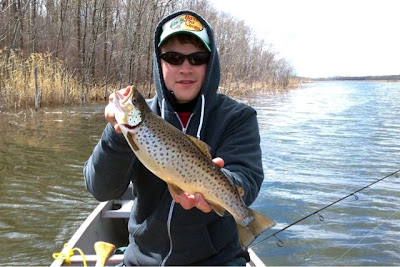 I also got to water test my new crankbaits. They all work well! They are heavier than the plastic store bought lures but their action is still very similar. I'm excited to try out my next batch of more different lures.
Posted by GEC Lures at 12:48 AM No comments: 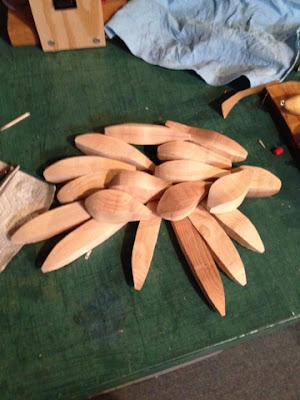 I cut out a bunch of lures today. Made four different lure designs including the same shad I have made before, a different minnow design, a short and fat square bill and a minnow jerk bait. I will post my progress on all the new lures. I decided to make larger batches of lures because it will make painting easier. Constantly having to change colours while painting sucks so i might as well make more lures and paint them all at the same time. Let me know what kind of lures you guys want to see me try and make and I'll see what I can do!
Posted by GEC Lures at 11:51 PM No comments:

GEC Lures
I'm new to fishing lure making, follow along as I learn and maybe show you a thing or two